Why can other systems be like LifePreneur? Let's talk about one of the hottest platforms for online entrepreneurs and dreamers. 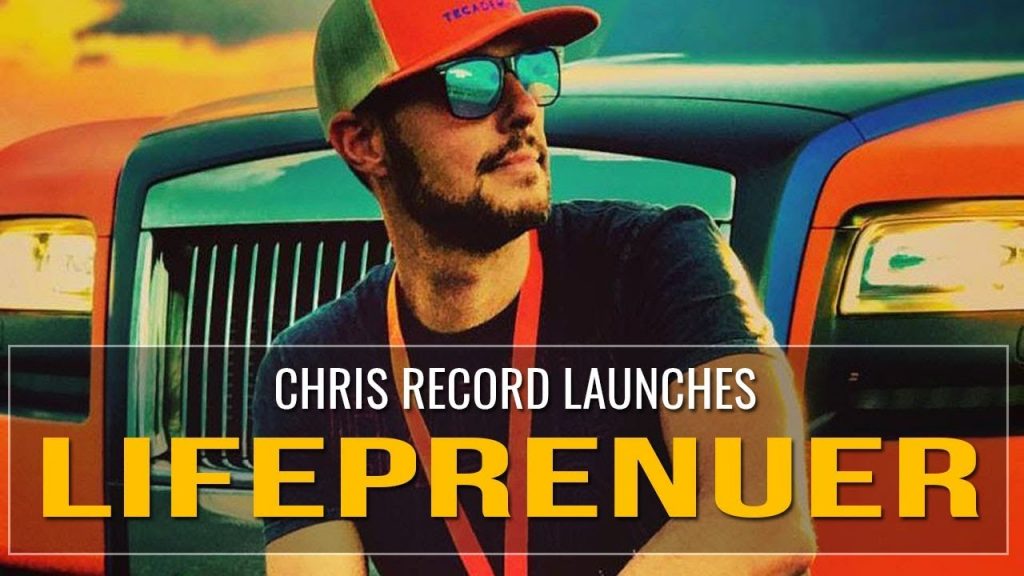 What I Love LifePreneur by Chris Record?

I haven't done many reviews in the last few months because there was nothing good to review. In fact, there haven't been any groundbreaking courses or systems out for a while.

Honestly, I didn't realize this until I got my hands on the LifePreneur. You see, internet marketing or online business opportunities courses since I started online.

First, it was filled with $47 eBooks back in the late 2000s. After that we had short video course, then over-the-shoulder training, finally webinar and online events. However, after that the progressed stopped.

Sure, there are notable products that tried to change it up by including “challenges” and “tests”  but for most part meaningless. Sort of like you would have in an elementary school as a kid where everyone get a trophy.

Now, I'm not saying that's but in today's world where internet is fast enough to stream unlimited amount of music, 4k videos without buffering, and even video games the bar has been set up high.

I still remember having listening to cassettes where you needed to forward or rewind to find the song you were looking for. Those days my biggest dream was to get a player that stopped rewinding when the song was starting. It felt like the peak of out technological advances.

These days I get angry when the quality suddenly drops on YouTube, forget about buffering. Do people even remember buffetings for minutes at a time?

Now, I'm not saying it's all a good thing. Our attention spans dwindled to 3 second or less. Fun fact: did you know that 53% of people will leave a page if it loads for 3 seconds?

On one hand it's progress, we can do more in less time, but on the other hand it's totally absurd.  However, that's the name of the game and for better or worse everyone has to adapt.

So, what does LifePreneur has to do with it? It's a total game changer.

My first impression of LifePreneur was how visually it's visually appealing. The member's area seems to be designed somewhere between an online game or  social network. You have your progress, updates and other important information in one place.

Now, that might not seem like a big deal at first but having spend hundreds of hours on boring PDF style course's website this is a welcome change. After all, you want something informative and appealing to welcome you everyday, right?

However, what does all of this have to do with gamification? In fact, what is gamification, a popular buzz word in the internet space.

Well,  here's wiki definition “gamification is the application of game-design elements and game principles in non-game contexts. It can also be defined as a set of activities and processes to solve problems by using or applying the characteristics of game elements.”

You see, gamification simply is a process of using “games” in a non standard way to make what you doing more enjoyable. People have been doing this for hundreds of years without even realizing it.

If fact, you probably used it to some extent while doing a mundane task yourself. Maybe while washing the dishes or walking somewhere. If you can think of an example just look at kids. Many would skip while they are walking or try to not step on cracks to make it more interesting.

As adults we often have “better” things to do than have “fun” while doing something necessary. Which is also fine, but where do we draw a line?

Let's say you want to learn something and you have several choices to do it?

Now, if your choice is the first one you're probably thinking of doing something else while listing. Maybe some choirs or simply on a drive home. Which is in a way gamification as well.

However, if you couldn't do anything else while listing, watching or interacting which one would it be?

The first choice might not be as appealing now as it was before. In fact, it would be pretty boring to just listen to an audio, especially on a topic you don't care that much about, while doing nothing else.

I've done this before, and my mind would often drift off to some other “important” task I need to do or think about.

Now, audio with visual representation, either video, slideshow or something similar, does help because it involves 2 of our senses. Hence, why there are 5 billion videos watched on YouTube everyday,

However, that's mostly for entertaining. Which doesn't mean videos are not great tools for learning, especially in short-form like a tutorial. With long form, let's say a course that's 100 hours, sooner or later we run into the same problem as with only audio, we lose focus.

It's simply too hard to stay focused watching long-form course for hundreds of hours while there are so many other distraction just a fingertip away.

Finally, we get to the interaction part where we combine audio, visual and other aspects together. This is where the gamification start.

Which I believe is the future of learning as it combines our lost of focus with the technology we have. Imagine learning something that's keeps you engaged throughout the entire course. In fact, it might be even fun at times.

Wouldn't you want to learn more if that was the case?

However, if something I was learning was engaging, fun and rewarding I would definitely find the time. That's what LifePreneur is all about.

There is still much to learn about LifePreneur before I can conclude this review but I'm already considering a great bonus to go along with it.

However, for that you will have to wait until it's July launch. Stay safe and come back to see LifePreneur review in full soon.